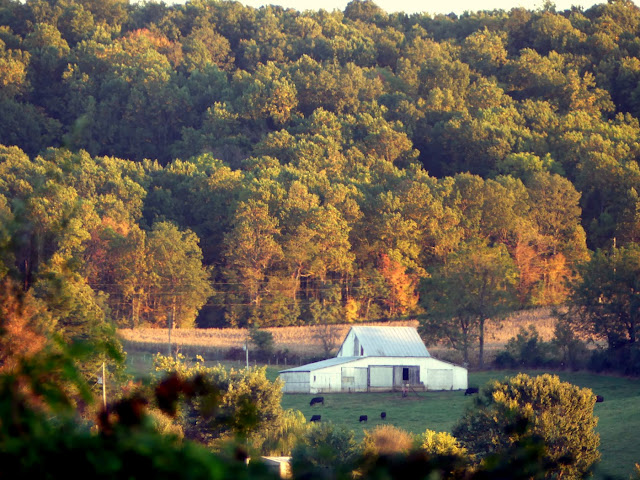 My grandmother used to always say things came in threes...

So, it’s understandable that I’m feeling just a little apprehensive.

Last week we had to replace the well pump. (that’s one)

This week it was the water heater. (that’s two...)

So, I’m trying real hard NOT to think about what might be next!

Another week on the hill focused on unexpected repairs.

While the water pressure was diminishing, the temperature of the water was on the rise. It was more than disconcerting, it was bordering on dangerous.

The water in the Valley is notoriously hard. Just for the record, I do not mean hard like a solid object.

“Hard water is water that has high mineral content (in contrast with "soft water"). Hard water is formed when water percolates through deposits of limestone and chalk which are largely made up of calcium and magnesium carbonates.” (Wikipedia definition)

When the minerals stick together inside pipes and on surfaces, it is referred to as “scaly build-up”. As you might imagine, “scaly build-up” causes all sorts of problems. The drinking glasses are often streaky, the icecubes are cloudy, and attempting to get the shower sparkly clean is an impossible task. In the case of the water heater, the scale had built up to the point that the lower thermostat could no longer do its job as it was encased in crud. The water kept on heating until the top thermostat reached temperature. (by then the water on the bottom was HOT!)

The water heater was reaching the end of its life expectancy anyway, so while it was possible to replace the anode rod before it failed, no longer keeping the interior of the tank safe from rust and eventual leaks, the best solution was a complete replacement.

Which meant another plumbing job for the Boss. (oh, ugh)

I would like to say that the job went off without a hitch...

It did require two trips to Lowe’s. One of which very nearly caused “great wailing and gnashing of teeth” amongst both employees and customers. Thankfully, the issue was finally resolved. Although I will never understand why they store water heaters on the TOP shelf.

The biggest challenge seemed to be getting the thing into the house, since the installation itself went quite smoothly. So smoothly that the Boss was heard to say “Wow! Easiest plumbing job I’ve ever done!”

It’s nice to have hot water that’s not TOO hot...and after a little tweaking, it’s just right. Seriously, let’s hope home repair is done for a while.

We seem to be in a “fallow time” right now. What do I mean by that? Essentially, there is nothing going on. (sort of) I’m not real comfortable with feeling inactive and unsettled. But, that is apparently where we are for now and I’m attempting to deal with it. And, hopefully things will settle out soon and we will find some clear direction.

Since we really didn’t want to keep a worn-out water heater in the backyard, we planned a trip to the dump. A trip to the dump wouldn’t be complete without combining it with a bunch of other errands. And, since it was our anniversary, we even went out to lunch! (are we romantic, or what?) If you missed our anniversary post, click this.
Preparation for the Market was done in record time. I’ve already said things were slowing down, but this particular Market week had the potential to be a real challenge. (to say the least) We intentionally kept our inventory light.

Staunton was to be transformed into Hogsmeade (yes, of Harry Potter fame). Staunton has taken to hosting this enormous “Potter party” that runs for the entire weekend. You can check it out HERE. If you’re a fan, this is an amazing event.

Before you ask…I have NO idea WHY Staunton.

Tourism is a big deal in our area. Lots and lots of money comes into the area when the tourists come to town to see the sights , visit historic Downtown , or experience a Shakespearean show.  . And, while our Farmers’ Market is truly one of the best, it is often overlooked. (there are even some folks in town who dislike the Market and everything about it) The Farmers’ Market has been an institution in the downtown since 1993. Check it out here. HERE. But, the Farmers’ Market sets up in a parking lot downtown one day a week. We have no permanent structure and once we pack up at noon, you would never even know there was a Farmers' Market there in the morning.

So, on a day devoted to tourists, you can definitely feel the divide between town and farm mind-set. I know that many think that all the foot traffic in the downtown area would certainly benefit the Farmers’ Market. But, truth is it really doesn’t.  Not at all. Big events actually depress sales at the Market. (and this event was enormous!) Many of our regular customers stayed away intentionally and even more were put off by the crowds (and lack of parking) and went elsewhere. There are lots of “lookers” wandering through on their way to the next event, not interested in buying fresh produce or frozen meat that they would have to haul around during a day of merrymaking. And, despite the suggestion, not everyone can make snacks. Those vendors for whom the Market is their livelihood (like yours truly) don’t have the option of simply “taking the week off”. Produce cannot be put on hold when it is ready for harvest. And, we honestly need the income. But, depressed sales totals make for some depressed farmers at the end of the day.

More than a few people were angered by the lack of consideration for the Market and its vendors. There was talk of letters to the editor and comments to City Council. Then there were questions as to a plan for dealing with the onslaught next year.  Personally, I don’t have any answers. It looked like it was a great success for the City (so, I’m guessing it will continue indefinitely). I’m certain that as a bunch of creative farmers we can find a way to adapt. I was just thankful we didn’t have any serious issues, we didn’t have to sit in traffic forever and lunch was ready when we got home.

…and honestly, there’s no point in getting mad about it.

If there is one good thing about our “fallow season”, it is that we have had the chance to spend a lot of time with the kids lately. We saw at least some of them three different days this week!

Most of the crew was together Saturday afternoon to celebrate the imminent arrival of Kman’s baby brother. (We missed you, Vanessa, Keith and Danielle!) 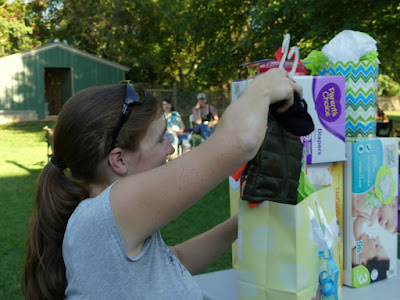 Lots of food and fun for everyone. Too bad someone couldn’t bottle all that toddler energy! The supply seems endless. What a bunch of cuties! (I may have missed a few) 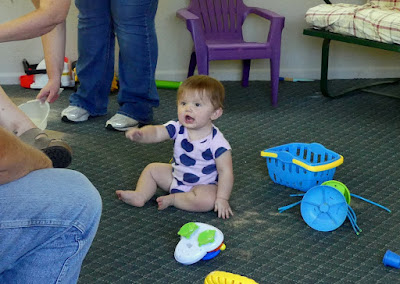 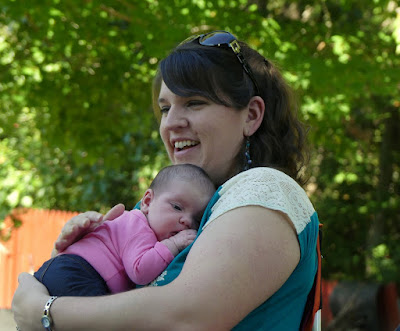 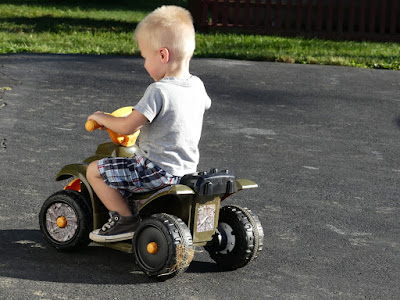 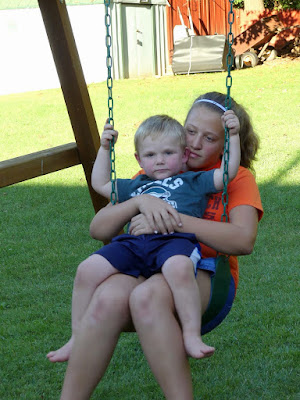 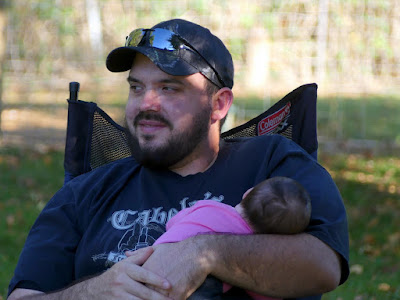 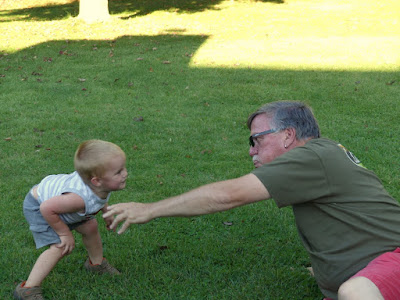 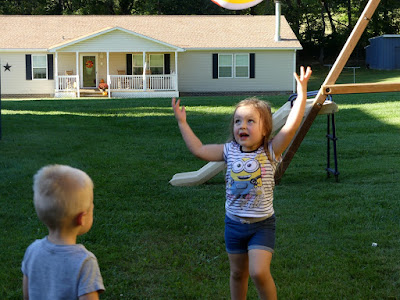 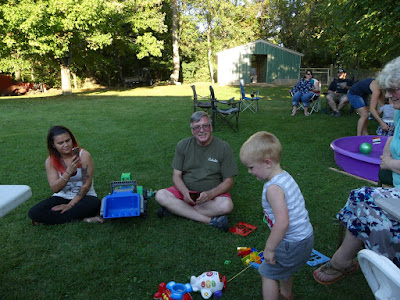 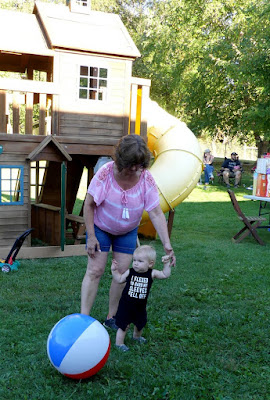 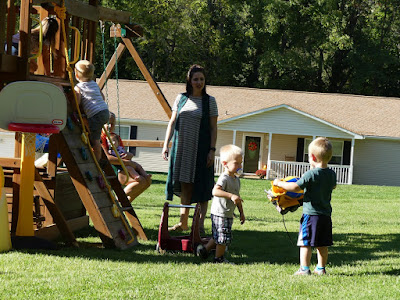 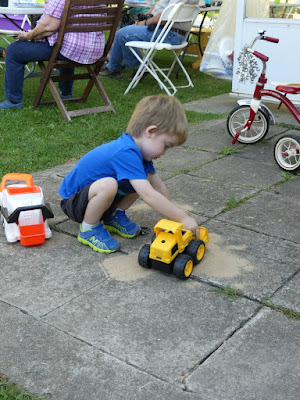 …and that’s just all, folks!

Thanks for stopping by. Come back and “visit” again soon.