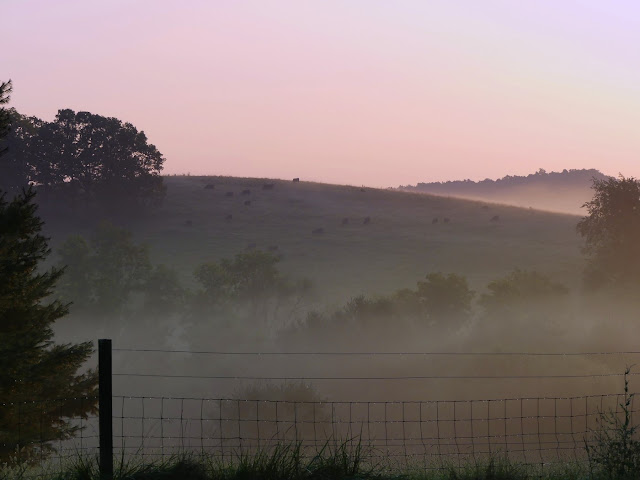 Can you believe it’s already September?

The first of September marks the beginning of meteorological fall. And, the start of “pumpkin spice season” which is simply a precursor to all the Christmas displays. Christmas... Seriously?  HalloweenThankgivingChristmas is apparently just one long decorating event in the retail world.

But, my personal opinion about marketing aside…and just in case you’re wondering about meteorological fall…here’s the best explanation I have seen.

There is also a change in the light about this time of year as the days get shorter and the nights get longer on our trip around the sun. And, this is evident in the gardens as warm-weather crop production slows and the fall crops begin to mature. 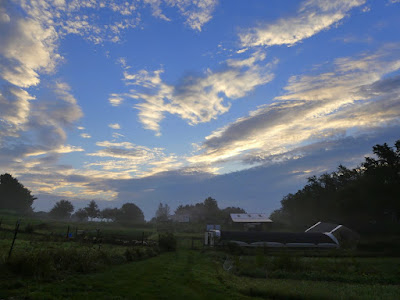 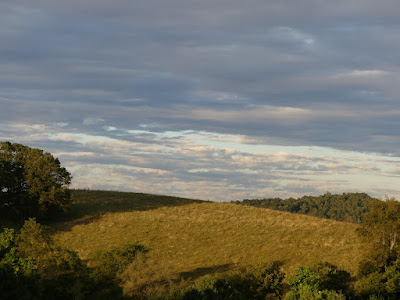 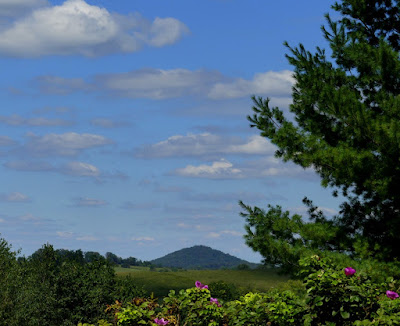 So, for a couple of weeks, we’re generally in a weird state of limbo picking the last of the tomatoes while we wait for the Brussels sprouts (and other fall crops) to begin to ripen. We tidy up the gardens outside and work at getting the hoophouses planted and ready for the cooler days.

It’s hard to imagine it will ever be cool or cold again, because it’s been hot. Very hot. Weeds and pests seem to thrive on hot weather. The gardens look overgrown and tired.  Combined with the slowing of the growing season, it’s tempting to just bush-hog everything and call it quits. The fact that we hadn’t seen a drop of rain in what was beginning to feel like forever and you could almost watch the grass shriveling in the blazing sun in the late afternoon didn’t help anything. The entire farm seemed to be suffering from heat fatigue.

But, oddly, before I could write a “praying for rain” post, we woke up to over an inch of rain AND cooler temperatures. And, while the moisture caused even more weeds to sprout and bugs to hatch…it was amazing to be cool and comfortable as we did chores. The change of the weather (no matter how short-lived) did wonders for my outlook.

Which is a good thing, because for the most part, this time of year is a test of our endurance and perseverance as we soldier on through to the end of Market season. And, it is imperative that we always be thinking ahead toward the possibilities and potentials of the upcoming season.
It can be a real challenge to remain positive and upbeat...and hopeful on a near-constant routine.

This week we had the added challenge of farm-truck repair. Since it wasn’t the kind of repair the Boss could do himself, we had to take it to the repair shop. That in itself requires we both take a roadtrip, well actually two, one to drop it off and one to pick it up. And, then there’s the whole farm without a farm-truck thing. That meant more than one trip to town for supplies. This particular repair wasn’t particularly cheap, either. But, that’s to be expected with a geriatric truck (it’s nearly twenty years old). And, a repair certainly was a WHOLE lot cheaper than a new truck!

However, it needs to go back to the shop for some fine-tuning…and that will affect this week as well…but, “whatcha gonna do?”

For the most part, the farm seems to be on auto-pilot this time of year. The gardens are doing their garden-thing, albeit a little slower and not quite so pretty.

The broiler chicks are growing. After the securing of the brooder and the capture of the rat, we have suffered no more losses! The big broilers in the field pen will meet their destiny in the upcoming week and the last batch of chicks for the season should arrive on Friday.

The lamb flock is growing well, although it is set to diminish somewhat next week as we deliver another batch to the processor’s. At that time, the ewe lambs will join the big girls to work on the “lamb chop crop of 2017”. 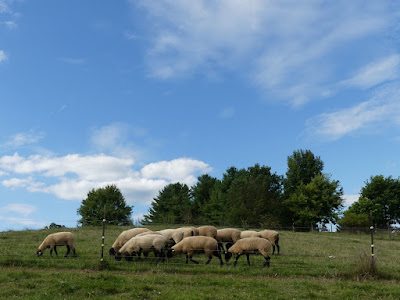 Speaking of the sheep...there is no news from the ewe flock. That fact alone is worthy of celebration. If we make it through next week with no new marks, it will be safe to assume that we can go ahead and note potential dates in anticipation of lambing season. 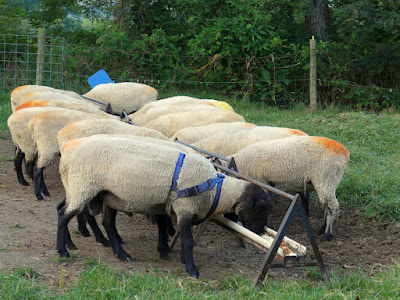 And, just like that…it was Market time once more.

We had a little added excitement this week and it became evident to everyone just what a great bunch of folks gather downtown on Saturday mornings.

The first thing I noted on my arrival was the absence of the big yellow foodtruck for Gloria's Pupuseria. Not only does it hold an anchor position at the Market, everyone loves JK and Gloria.

But, their somewhat aged, somewhat needy truck had failed them on their trip to town. They were stranded just blocks from the Market.

In true community fashion, one of the vendors went to help. When it became evident that despite his mechanical skills, the truck couldn’t be repaired without parts, a tow truck was called.

Shortly after I arrived at the Market, a wrecker truck swung into the Market, hauling the food truck. 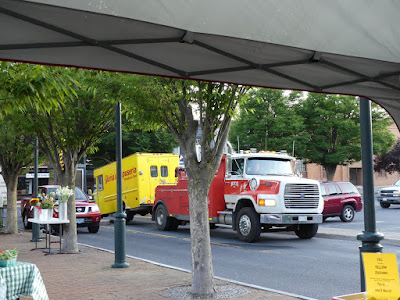 A cheer and a round of applause went up as a group of vendors pushed it into place. 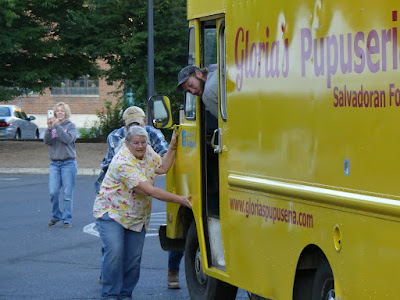 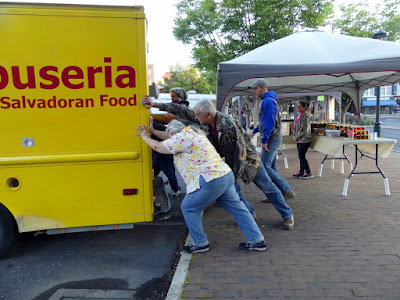 They were back in business! 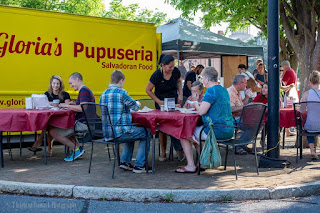 Everyone headed back to their own stands for an amazing day of Market sales.

Then, the mechanic-husband of another vendor made a parts run. After the Market, the repair was made. 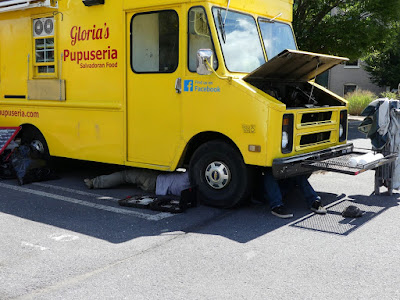 And, to the best of my knowledge, the food truck is back on the road just in time for the local “battle of the food trucks”! More about that here.

Here's the link to the Boss' Market photos.

…and that was the week on the hill. 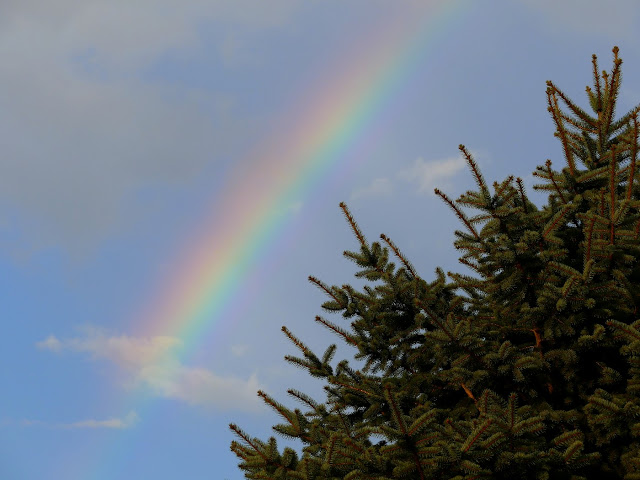 Thanks for dropping by! Come back and “visit” again real soon.