"Ain't Seen Me Crazy Yet" 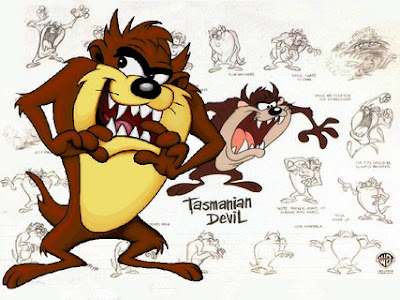 To borrow a line from a Miranda Lambert song..."...you ain't seen me crazy yet!"

I feel a rant coming on, so bear with me!

ALL living beings are made of CHEMICALS!

Without HORMONES there would be no living beings.

…and certified organic does NOT mean pure, unadulterated,  Garden of Eden.
Lately, it seems that nearly everything I read or hear about food in the mainstream media has some level of mis-information in it.  …and NOBODY is going to question it.  It would appear that no one understands about food production and that the crazy rumor mill is working overtime. These three subjects are just the tip of the iceberg.

“Chemical-laden” food is anathema among those are focusing on LOCAL food, those wanting to get FRESH to the masses.  This is used to indicate the bad stuff…the stuff we shouldn’t feed our children or ourselves. But, consider this…

In chemistry, a chemical substance is a form of matter that has constant  chemical composition and characteristic properties.  It cannot be separated into components by physical separation methods, i.e. without breaking chemical bonds. It can be solid, liquid or gas.

A common example of a chemical substance is pure water; it has the same properties and the same  ratio of  hydrogen to oxygen whether it is isolated from a river or made in a  laboratory.

Well, hmmm….where would we be without the horrible “chemical” water?

Did you know your very own body is made up of CHEMICALS?  Something like FOUR dollars and 50cents worth. Check this out.  You could go with the 45 MILLION dollar calculation if you like.

Chemicals are not bad...they are not harmful…and they are certainly not the evil spawn of Monsanto. (and all those things you may have heard about Monsanto aren't right either, but that's another story...)

Chemicals are simply building blocks that make up hosts of other things.

So, chill out everybody…

A hormone (from Greek ὁρμή, "impetus") is a chemical released by a cell or a gland in one part of the body that sends out messages that affect cells in other parts of the organism.  In essence, it is a chemical messenger that transports a signal from one cell to another.  All multi-cellular organisms produce hormones.

Without hormones, there would be no growth, no reproduction…no LIFE!

Well, hmmm, that kinda makes ya re-think all those “hormone-free” labels, doesn’t it? While I understand that those labels are to indicate that there are no ADDED hormones...but, they are mis-leading to say the least.  As for adding hormones, much of the information spouted by the media is just plain WRONG!

I know I’ve already done the whole ORGANIC thing, so you can just read one of my old rants if you need to know where I stand on that one. I will say this…"O" does NOT mean chemical-free and/or pesticide-free. ...nor does that USDA Organic label mean that every ingredient in the product is indeed organic. I'm not dismissing true Organic growing methods or farmers, no way!  But, the word is being mis-used repeatedly. And, for the record, the USDA has very strict regulations regarding using the word "organic".

While I realize that some might say it’s just a “matter of semantics” and that I am just being “technical” or “picky” when it comes to word usage…I would beg to disagree.

Folks are SO disconnected from food production that they are getting worried about things that they don’t even understand and making demands that cannot possibly be met by producers.  It is time that someone stepped up and began the arduous re-education and re-connection process. I would like to point out that there are those who would capitalize on consumer concerns just to make a buck.

I fully understand that there are substances and practices that sound scary…that sound like they are bad for my kids, my home, the world.  But, you must understand that sometimes it only sounds scary because you have no working knowledge of the subject.

Consumers, please don't fall victim to scare tactics used by one faction of food production to keep you from buying from the other faction.  It is in everyone's best interest to become an educated consumer...armed with the knowledge to make sensible decisions based on fact and not the latest mis-information.

...and marketing and media people...please use the proper terminology and/or explanations. 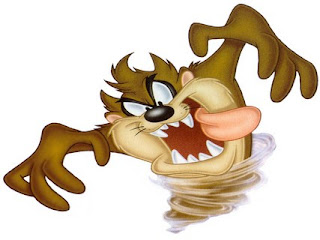 Because, you really don't want to see me crazy!
(just ask the Boss!)
Posted by Barbara at 12:35 PM