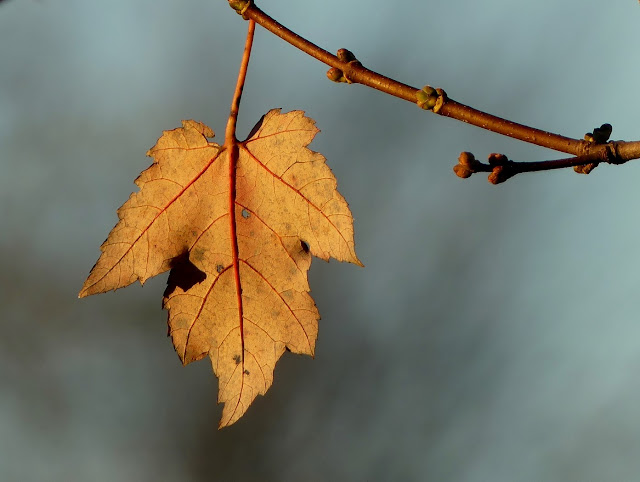 Saturday afternoons you can find me at my desk, editing photos from the week, attempting to craft our sometimes meager activities into an interesting post. Occasionally, this also involves trying NOT to fall asleep after a busy morning at the Market. This week, I realized that this routine activity is actually more for my mental well-being than your reading interest. (sorry ‘bout that)

Going over those photos, considering our actions of the week help me to "center" to focus on what really matters and  gather strength to face whatever stress or worries the upcoming week may involve. (lately that’s been a big undertaking) And, quite honestly, viewing the successes or the projects completed keep me feeling positive about what can often be a “hard way to make an easy living". (apologies to Toby Keith)

This week included what seemed like an inordinate number or roadtrips, a birthday celebration, and a another torrential downpour. So, I don’t have much to show for the week and at least one project requires a do-over. But, that’s just the way things go.

We took the last lambs on their one and only roadtrip. In other words, we took them to the processor. It’s always good to get that project completed. Hauling lambs (or anything, really) up the interstate is one of those necessary things that I truly dread. It seems that every single day there is at least one serious incident on I-81 somewhere in the Valley. Last week, there were multiple incidents in one day, and at one point traffic was backed up for over 10 miles. Fortunately, this did not happen while we were driving with the lambs.

You would not be alone in wondering WHY we travel so far to get the lambs processed. In order to sell lambchops (or other meats…except chicken) retail, the processor must be under USDA inspection. (this means you can’t do it yourself in your backyard) These facilities are few and far between. I can think of just 3 in the entire Valley. While we have checked out the others, the folks we deal with in Edinburg are simply the best. They have won awards for their humane treatment and they make our product look great. And, they are really, really nice folks.

We will head back on Friday to pick up the packaged meat in order to offer it for sale for the final two Markets of the season. I don’t think there will be much to offer our Winter Customers this year. (which reminds me…I need to get cracking on my “off-season” email list)

Demand for lamb has skyrocketed this year. Such a phenomenon makes it truly tempting to buy more sheep and expand the operation. More sheep would mean more lambs which would mean more income…(and, that would be good, believe me!)

Nothing operates in a vacuum. More sheep would mean more hay and feed. (and, seriously, that stuff is not cheap!) And, keep in mind we live on a tiny parcel of land. The chances of obtaining more is slim to none. We couldn’t afford the lot next door fifteen years ago and it has quadrupled in price since then! Then, there is lambing season. As much as I love lambing season (I have often said it’s like Christmas on steroids), it is physically taxing, and I don’t know how long my hands will be able to handle the strain. Without being able to handle lambing season by ourselves, we would have to add vet costs into an already slim profit margin. Then, there’s the hauling and the processing fees. It seems best to be satisfied with the status quo. And, maybe start thinking about some other venture…(if I only knew what that was!)

Since it seemed I spent a lot of time elsewhere this week, I didn’t get much (read, anything) accomplished. As a matter of fact, my accomplishments went backwards… Somehow, I overlooked watering the greenhouse and all the lovely little lettuce plants got cooked in the bright autumn sun. So, today I will have to start all over again. While that is annoying, at least the mouse that has been eating in the greenhouse has been caught. And, these greens were for personal use, so no one at the Market will be disappointed at my failure. Somehow without the pressure to produce, I can find renewed pleasure in growing things. And, I do love the greenhouse.

So, it’s kind of sad to watch the Boss disassemble the house-greenhouse (not to be confused with the shop-greenhouse). While we both agreed that this should come down, I really didn’t realize how sad it would be to see the remains in a heap in the backyard. That little greenhouse has served us well for a LONG time, and I find I am feeling somewhat nostalgic about it. But, time moves on and I will NOT miss the wailing noises that it made in the wind. Or cats using it for a shortcut to the roof.  In time the backyard will find a new purpose and we will figure out what direction we should be taking as we change things up a bit. And, one day I will get used to the unobstructed view of the sunrise from the backporch!


Karma, on the other hand, has taken great pleasure in the demolition of the greenhouse. It’s a fantastic place to dig…a treasure trove of junk to chew on…and a new vantage point from which to survey her domain. In other words…she’s driving me crazy! Not only does she drag logs from the woodpile to chew on, now she’s taking bits and pieces from the greenhouse. One day she had a 10-foot piece of wiring, the hose holder (and the board it had been attached to) two other boards and a mousetrap out in the driveway. As I picked those up, I found a five-gallon bucket of hardware (and an errant caterpillar) out there as well. Yes, she had taken the entire bucket! The problem with big dogs…big messes.

While Karma’s puppy antics do try our patience, she is developing into a good dog. She is far more protective than Gus, she loves the sheep and she is turning into a fearsome huntress. 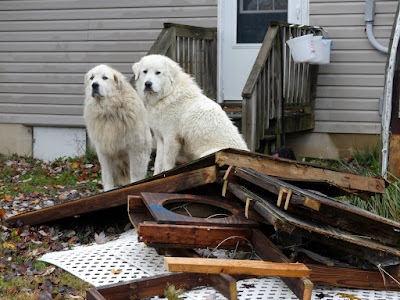 At some point on Friday night, they found a ‘possum. I can only surmise that the critter population must be overwhelming, because this is an ongoing nocturnal activity. Fortunately, this battle didn’t include the usual racket and I slept right through it. Since she was carrying a limp ‘possum around while we loaded the Market trailer, I figured everything was said and done and I would deal with the dead ‘possum later.

When I headed out toward the barn to do chores, the ‘possum was sitting on top of the demolished greenhouse, growling at me, its beady little eyes full of what I could only assume was anger and outrage.

Oh, great! I don’t know about you, but doing battle with an opossum at 5am is not how I like to start the day. However, I guess if you start the day bludgeoning a ‘possum, things just HAVE to get better.
Right?

Now, the ‘possum really needed to be “dispatched”, I am not just a blood-thirsty killer of marsupials. It was injured and angry and I was worried the dogs would get hurt. A shovel works well for this job (in case you ever find yourself in the position of needing to “dispatch” an opossum).  But, Karma was having no part of it. I got in one blow and she growled and snatched it away. That was HER ‘possum and she wasn’t letting Mama (or Gus) anywhere near it.

Fine. That was one responsibility I didn’t want anyhow!


So, I finished up chores and left for Market.

The Market in November is not for the weak of heart. It is dark and cold and the customers don’t come out until late. And, once again, I had customers who had no idea that the Market was opened this time of year. (sigh) However, despite the cold and dark AND the fact that we only have potatoes, meat and eggs (no greens, no other root crops...nothin')…it was a fairly good sales day. Honestly, we are exceedingly thankful for any sales at all this year. It’s been a hard one and I know I am not alone in my eager count-down to the “off-season”.

The incredible change in weather, the repeated exposure to cold bugs (love them babies, but dang, do they attract germs!) and a morning in the cold wind, left both the Boss and me fighting some sort of cold-thing. So, today will probably be a slow one. That’s okay. That’s what Sundays are for…rest and renewal.

I would be remiss if I closed this post without reminding you to VOTE. And, quite honestly, I would like to assure myself that everyone will vote BLUE. But, I realize that is neither my place to request, or expect.  So, I will leave you with this link to one of my favorite authors. I hope you’ll read it.

Thanks for stopping by. Come back and “visit” again, soon!