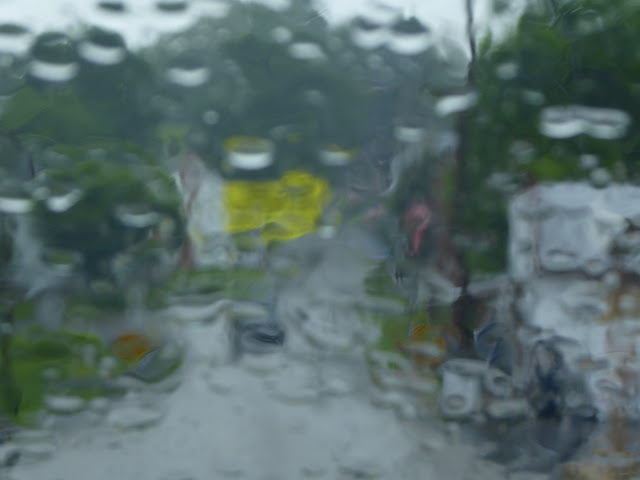 Surely, you’ve seen the news coverage of flooding here in Virginia. The past couple of weeks have been challenging to everyone in the region, but particularly the farmers.

With the remnants of tropical storm Alberto stalled out somewhere along the East Coast, conditions have been just right here in the Valley for continued thunderstorms.

Most of the serious damage is North of us. Here are a few photos from the news.

But even knowing that, I was a little perplexed when Blondie called on Sunday afternoon. “are the sheep in the barn?” well, no… “It’s pouring!” (the Boss and I were sitting on the front porch watching the storm clouds while it drizzled lightly) “We’re headed to Tim’s (her father-in-law) farm to check on things… Oh, poor Ryan! (a fellow farmer friend and market vendor)It looks like a river is flowing through his farm. It’s completely flooded. We can’t even get in the driveway to help. I’ll send you pictures later.”

I hung up the phone in a daze. It was hard to comprehend that less than 20 miles (as the crow flies) away a battle with the elements was raging. One cellphone image of what my grandson thought was lots of “chocolate milk” cannot convey the devastation that “just water” can leave behind. But, there may not be a sweet corn crop for  Country Rhodes Produce this year.

Perched high on our hill, flooding isn’t a big concern for us. But, we are feeling the effects of the excessive precipitation. The grass and weeds are threatening to overtake the entire farm. We are beginning to wonder if the tomato plants will ever get in the ground. I’m sure we will become aware of other issues (limited supplies and potentially higher prices) as the season progresses.

Despite Blondie’s concerns about soggy sheep, she managed to get the shearing done in record time. The animals were co-operative (for the most part), the clippers worked well, and Blondie maintained her composure.  By lunchtime the newly shorn ewes were out grazing and the  Blondie does have a pretty major bruise on her arm from a sheep she dubbed “nana noodleman” (you’ve GOT to see the movie “Sing! ") because she was “one mean sheep”.

Even though our carefully crafted gardening plans are in disarray, that is not to say that nothing is happening here on the hill.

I think I chronicled the fact that the Boss got the winter squash planted last week. Then, a skunk promptly dug up the plants. I kid you not. The skunk wasn’t interested in the squash. No, he (or she) was more interested in the odoriferous organic fertilizer that the Boss had applied in the planting holes. It’s a mix of poultry litter, bone and blood meal and some other ingredients that escape my memory. And, while it’s great for the plants, it’s more than a little stinky. Just the kind of stuff that skunks like. Most of the plants could be placed back in the garden with little difficulty. Others had to be completely replaced. And, then the Boss put up a little electric fence all around the patch to prevent future disasters.

It must be pointed out that this would not have happened with a chemical fertilizer. There is definitely a down-side to the whole “organic” thing…there is a lot of extra work and therefore production expense.  That’s something to be aware of as a consumer when faced with higher prices.

In between rain storms, we found time to harvest the garlic scapes. If you don’t know about garlic scapes, you need to read this post. The garlic scapes always create a lot of conversations at the Market. And, this week was no exception. I gave out a number of my little recipe handouts and we sold at least 30 bunches of this short-seasoned garden delicacy. We will have them for sale for a couple more weeks. (and, we will get to eat some, too!)

In a brief moment of dry weather, the Boss actually got the sweet corn planted. (and as of this morning, it is coming up!) We’ve got more greens planted and there are lots of transplants waiting (along with the tomatoes) to go into the garden.

…and the potatoes are blooming! 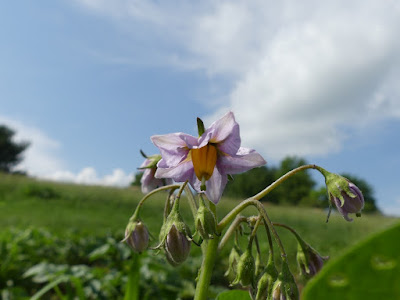 Did you know potatoes make flowers? They do. They’re rather homely little flowers and they have no scent. But, they are perhaps my favorite in the garden. (I love my ‘taters! read this ) The flowers indicate that tubers are indeed forming beneath the soil and there will be new potatoes to dig within the next couple of weeks. Even though we will have to battle the Colorado potato beetle every step of the way.

The effects of the rain continued as we approached Market day. If I have said it once, I’ve probably said it 1,000 times…rain and an open-air Market are not a good mix.

Saturday was no exception. I kept watching as the green blob on the radar inched ever closer. Maybe, just maybe we would escape it… The musical act didn’t think so. They cancelled their appearance. Customer traffic seemed a little sparse. Then, just past eleven, the heavens opened. It was like being doused with a firehose. We discovered new leaks in the Market canopy. The parking lot looked like it was boiling. Fortunately, it was short-lived and had tapered off to a drizzle as the vendors packed up for the day.

It was good to get back home where it was dry.

Although by choretime it was pouring again.

I will let you in on a little secret…farmers do NOT pray for rain ALL THE TIME. (some Market customers told me that’s what they thought) Too much rain causes as many problems as too little. In some cases, even more. But, since we have absolutely no control of the weather, we just have to ride this one out, making adjustments as we can.

The photo at the beginning of this post is what Middlebrook looked like through a rainy windshield when I got home after Market. This is significant in that it's "Middlebrook Village Days" complete with a parade, craft fair, barn dance and chicken bar-b-que. The rain did NOT do this event any favors...

Early in the week, I read the quote below. It’s been first and foremost in my mind ever since.

“Life is amazing. And then it's awful. And then it's amazing again. And in between the amazing and awful it's ordinary and mundane and routine. Breathe in the amazing, hold on through the awful, and relax and exhale during the ordinary. That's just living heartbreaking, soul-healing, amazing, awful, ordinary life. And it's breathtakingly beautiful.”   L.R. Knost

It always encourages me that when folks see that someone else is in the midst of the awful, they step up and help out. Those actions, even though they may seem small or mundane, may make the difference for somebody and can make life amazing once more. (check out this story on Virginia Farming read this) 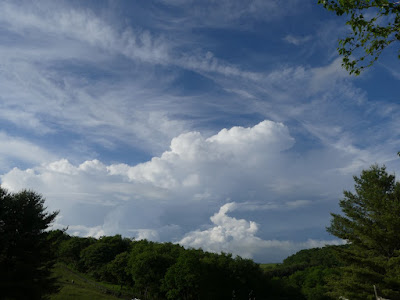 Everything looks so fresh, clean and beautiful... 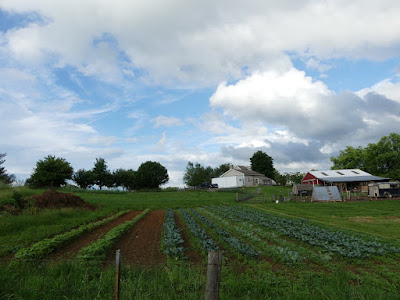 Come back and "visit" again soon.