Makin' Diamonds out of Dust 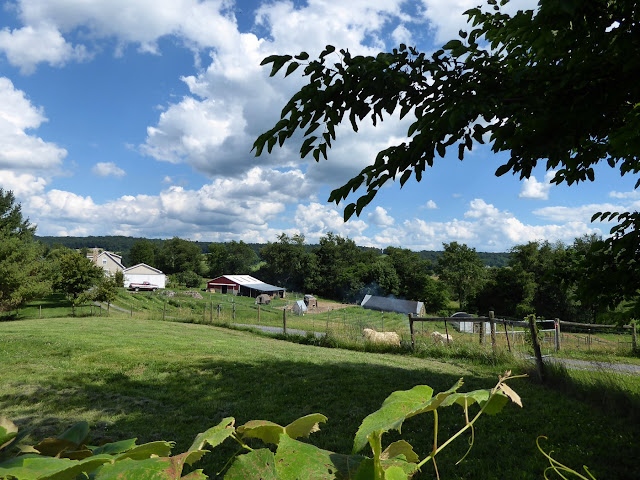 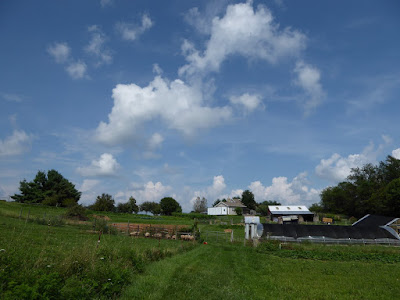 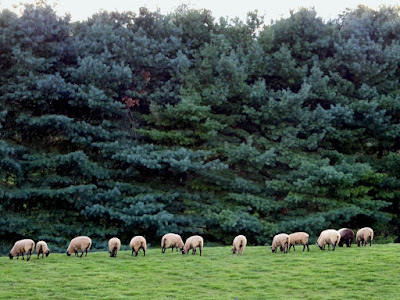 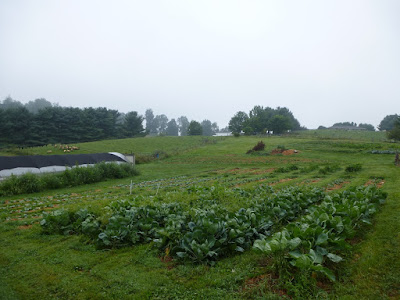 20 years ago this was nothing but a barren, windswept hill.

At some point sheep had grazed here. I know this because we found a bleached skeleton when we laid out the house site. That didn’t seem like a very good omen, I must say…

Other than the perimeter fence, there was no evidence of any human activity. None.

And, I don’t rightly know what made us decide that this was the place we could put down roots.
Wait. Yes, I do. It was desperation. Desperation tempered with more than a little determination.

Desperation to re-claim our lives and re-create stability for our young daughters that had been lost in a single moment in an onslaught we still didn’t understand. And, determination to make the best of the awful situation. We would start over. We would go on. We would make this new reality work.

“Learned from the will of the working man
Breaking hard ground for a piece of land
Up before the sun and down before the rising moon
Oh, fought for the things that were never yours
Settle for less and hope for more
God and pouring rain never come too soon”

Our arrival in the Valley didn’t work out like anyone had envisioned.

When we found this spot, we were hurt and confused and more than a little overwhelmed by the sheer number of choices that were in front of us. The great unknown was looming large again and I don’t know what may have happened if we hadn’t seen the potential of this empty, rocky hill on the outskirts of the village. In many ways it would have been so much easier to have found a way to go “back home” and our old life. But, that wasn't an option…

We didn’t ever intend to be pioneers. To set out into the great unknown with no plan, to a place we knew nothing about, to make our way alone. We have never been trend-setters or “cutting edge” in any way.  But, that is exactly what we became. We’ve carved a living out here on our little hill, teaching ourselves how to manage and market as we went along. We’ve made a lot of mistakes, but we’ve learned a lot as well.

“Nothing comes easy when nothing is handed to you
Taught yourself how to turn the tides
Walk ashore before the waters rise
Even when you're down, you're still coming through”

We made something from nothing, building a business doing something many said couldn’t be done…without outside help…absolutely no financing, funding or support from family and friends "back home".  There were no cellphones for texting nor smartphones for internet searches. Google, Youtube and GoFundMe had yet to be invented…

Everything we have is a direct result of our own hard labor.

I’m incredibly proud of that fact.

Now, before one of my daughters takes me to task for overlooking their contributions---they worked right along with us, learning incredible life lessons and more than a few useful skills. And, we’re both proud and impressed at their achievements as well.

Today marks the anniversary of our habitation of the hill. And, when we mark anniversaries…this is a big one.

This is when this place became HOME.

Nineteen years ago today, construction was completed and the occupancy permit filed.

For the 121 days prior, construction had been an all-consuming venture, fraught with “learning experiences” that tried my battered faith, stretched the budget and tested the Boss’ construction skills.

I’m here to tell you, new home construction is a test of a marriage if there ever was one. Believe me, with all the other stressors in our lives at the time, the fact that our relationship survived intact is nothing short of a miracle.

The inspector signed off. The contractor pocketed his last check. We gathered our essential belongings from our temporary housing, raced a thunderstorm across the county and got back in the house before the first raindrop fell.

Somehow, I thought that life would return to “normal” at this point. I don’t know why. We had been through a life-changing event. (honestly, more than one) Commonsense would tell you that by the mere use of the term that I had accepted that things would never be the same. Ever.


In retrospect, I wasn’t looking for normal as much as predictable, calm, safe…stable. That was not to be, either. I don’t know if anyone gets the privilege of a safe and predictable life. But, you certainly don’t when you start over again from scratch.

That’s the hardest thing about being a trailblazer, a pioneer. No one can tell you if you’re doing it right. Nobody can assure you that if you get past this hurdle (whatever this might be) that you will make it.

But, we did. Little by little. One thing at a time…

When you look around today, it’s hard to imagine that there was a time when this was nothing. Nothing but a windswept hillside.

We could have quit. I know we thought about it. We could have just given up and attempted to return to some semblance of our old life. However, the old adage, “You can’t go home again” is true. Even if it seems like the old way was better and more comfortable, it just doesn’t work. It can’t. It might sound redundant, but EVERYTHING changes in a life-changing event. Everything.

We chose to go on. One step at a time, giving it our all and celebrating the little victories and the milestones along the way…day by day, season by season...doing the best we could with what little we had.

Nineteen years later…we’ve weathered the storms, faced the challenges, adjusted, adapted and I feel it safe to say that we are indeed successful. We continue to do it all on our own…no debts or loans…and I still have no idea how to go about even getting a subsidy or writing a grant…(nor do I care to)

I once read that diamonds are simply charcoal under pressure. While I realize that this probably isn’t even true, I like the mental picture.  The pressures and stresses that we’ve endured have given us a greater appreciation of the value of our life here on the hill...and I guess we can claim that we were indeed “Making diamonds out of dust” We’ve managed to take what little we had and turn it into a life that is both pleasant and productive.

I have no idea what the future holds. (and, honestly, that’s just a little scary) Because while this place grants us the ability to eat amazing food, feel productive in the work we do and live in beautiful surroundings…there is NO retirement plan. None. And, as our creaky knees and achy backs will attest…we “ain’t gettin’ any younger”.

So, we’ll just keep doin’ what we do for as long as we can do it, I reckon.

“Never by the book, always underestimated

It’s hard to believe the life that you’ve created

The impossible endeavor, never would you trade

It’s a legacy that you’ll take to the grave…”

“self made” – little big town

Happy Anniversary little homestead on the hill. Here's to another 19 years...at least!